Brandon Cohen started with the LSAT just as each of you did… not knowing anything and dreading the hours needed to properly prepare. In January of 2008, he started with a “cold diagnostic” of 153 and set-off on his LSAT preparation. Something strange happened, however, as he truly began to enjoy his prep. Realizing that the test was really just a set of puzzles (yes, even the Reading Comprehension), he spent almost 9 months learning to master all of the traps, twists, and turns the LSAT writers were using. Ultimately, he scored a perfect 180 on the October 2008 LSAT.

Following this score, Brandon was sought out as a tutor, which he pursued part-time during his law school years. By the time he graduated in 2012, he had formalized his teaching processes and had a strong following of students. But most importantly, he realized how much he truly loved the LSAT and helping students learn to love it as well! He formed State Of Mind Test Prep and started teaching full-time.

Over the next 8 years, Brandon’s reputation grew and he sought more ways to reach more students. Between scholarships and partnerships with local law schools, he was able to offer free and low-cost individualized LSAT instruction to countless students in his region. But in 2020, as happened to much of the world, Brandon’s path changed. Between the LSAT’s transition to a digital exam and the start of the pandemic, Brandon started with his LSAT Wizard moniker in his free COVID-Relief fundraiser LSAT Logic Games course. The LSAT Wizard brand and methods went viral (and raised over $11k for Feeding America), but due to licensing restrictions the course was pulled down.

The popularity of LSAT Wizard was felt online during the “pull down” and Brandon decided to invest in this website to be able to continue offering his unique strategies and engaging teaching style at a price lower than any other course in the industry! 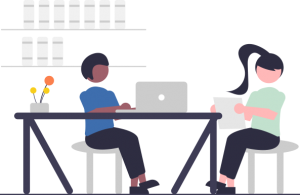